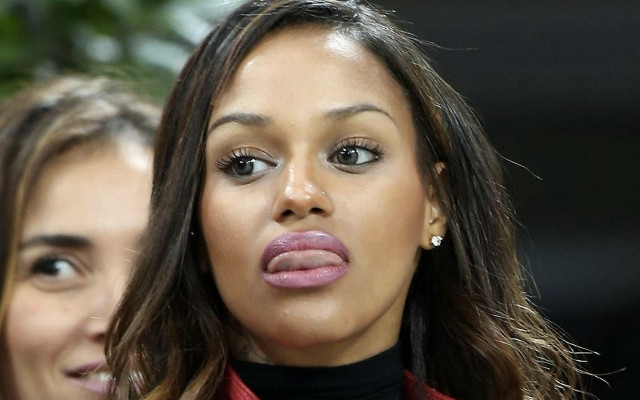 The recently engaged girlfriend of Mario Balotelli was in the stands to watch her man score the winning goal for Italy in Saturday night’s 2-1 victory over England at the FIFA World Cup in Brazil.

She looked pretty delighted during the Group D game in Manaus.

Check out some pictures of her World Cup experience below.