Costa Rica humiliate Uruguay, next up for Italy.

All the latest headlines from the newspapers in Italy as the ‘Italian lions’ start the World Cup with a battling 2-1 victory over England in Manaus. 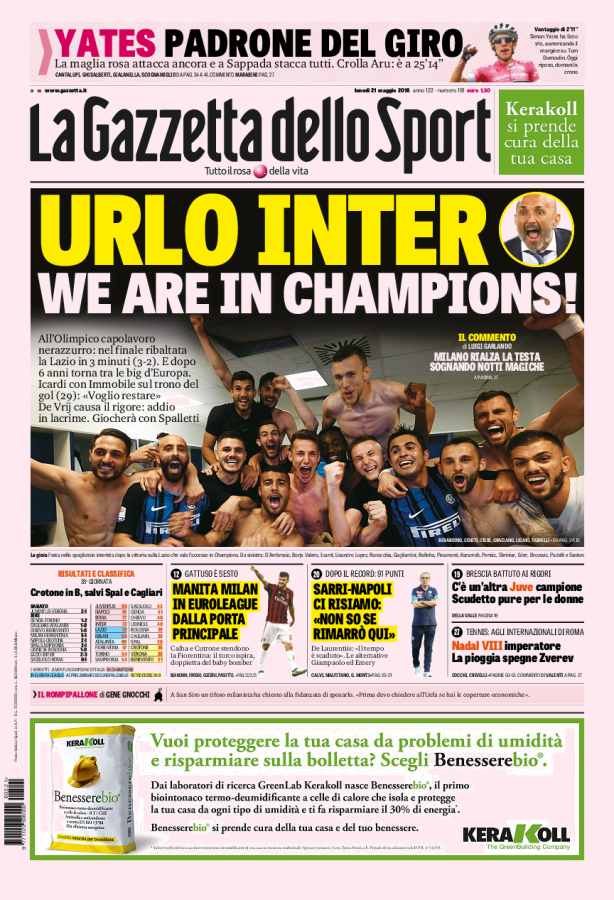 – How many games will he have to miss? The Italy goalkeeper hurt his ankle in the final training session before the debut.

– Tests rule out the worst, but there is still pain.

– ‘I’ll be there for the next one,’ he says optimistically.

– Costa Rica surprise as they take down Uruguay. Plus the ‘Italian’ Colombia beat Greece 3-0 with a super Cuadrado.

– Argentina: Messi for the third attempt at a World Cup performance.

– His partner is Aguero against Bosnia.

– Great victory over England on their World Cup debut in Manaus.

– Marchisio and Sturridge on target, after the break Balotelli is decisive.

– Buffon risks having to miss the next game too.

– Costa Rica humiliate Uruguay and wait for us…

– Our Brazilian World Cup begins with a triumph.

– Juventus-Barcelona: Sanchez, but not for Pogba.

– Drogba prepared to lower his wages.

– Apoli take on Inter for M’Vila.

– Milan have 17 players who need to be placed somewhere.