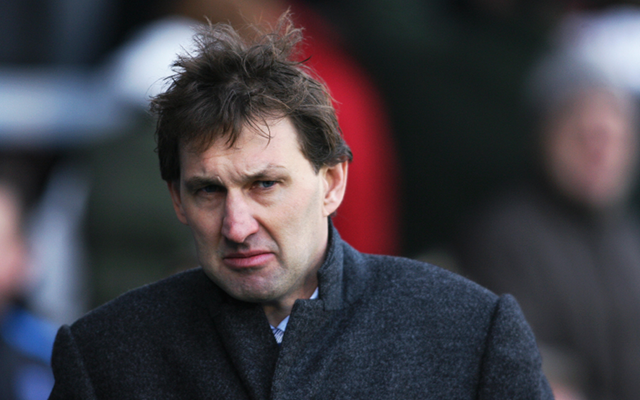 Legendary former Arsenal centre back Tony Adams has hit out at the club’s policy, claiming that the Gunners require a change of direction before they are able to win the Premier League title once again.

“Arsene won’t change his philosophy now and I had a conversation with him about his full-backs and you can’t win the league with their system,”

“You have to have defensive stability. They just go for it Arsenal and Sagna has now gone to Manchester City.”

“It will be same old same old and try and get everyone on the last day I’m afraid. Against the big clubs, they will come unstuck.”

Arsenal have seen first choice right back Bacary Sagna depart to Manchester City on a free transfer, whilst neither Kieran Gibbs nor Nacho Monreal have truly made the left back position their own, a situation that clearly concerns former Portsmouth manager Adams.

Wenger’s side were able to end their decade-long trophy drought with a comeback victory against Hull City in the FA Cup final at Wembley last month, but fans will be expecting them to build on that success in the 2014/15 season.

Wenger has often been criticised for a refusal to spend big money in the pursuit of success at the Emirates Stadium, an approach that seemed to change with the signing of Mesut Ozil from Real Madrid last summer.

Whether he is ready to spend big on two new full backs, as is suggested by Adams, remains unclear.. The Gunners have been linked with moves for cheaper options, such as Toulouse man Serge Aurier and Southampton’s Calum Chambers.

Despite the criticism, however, Adams did reiterate his support for Wenger in the interview:

“Arsene is the man – for 17 years straight they have qualified for the Champions League, the club seem happy with that and they have won an FA Cup, but I don’t see them moving to the next level. It depends if they bring in a new full-back.”

These words may concern Arsenal fans, however, with Adams seeming to suggest that Wenger staying at the club would mean a lack of competitiveness when it comes to the club’s chances in the biggest competitions.