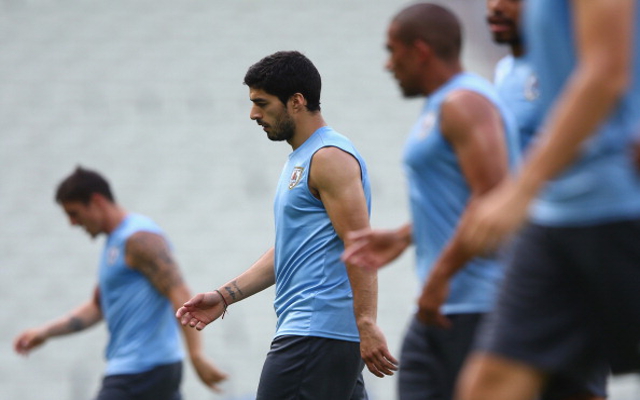 Suarez, 27, is widely regarded as one of the best players in the world at the moment and is expected to make a big impact for his national side at this summer’s World Cup if he can successfully return from an injury lay-off that saw him miss his country’s opening game.

Uruguay were beaten 3-1 by Costa Rica in something of a shock result on Saturday, and there is now hope that Suarez will be able to return for his side as they take on England in what will be a crucial second match.

However, Hodgson appears to be attempting mind games with the Reds attacker, saying he can’t truly be considered world class unless he can take his club form onto a stage as big as the World Cup.

Despite a fantastic season finishing as top scorer in the Premier League with 31 goals in 33 games and winning PFA Player of the Year, Hodgson argues that even Barcelona’s Lionel Messi has something to prove at this tournament.

“I think he will only be at that stellar level when he shows it on this particular stage,” the Three Lions boss explained.

“If you are saying do I think he has got the potential, is he a wonderful footballer, yes he sure is.

“But if you are really going to put him up there with Maradona, Pele, Beckenbauer and Cruyff he has to shine in a World Cup.

“You might even argue Messi needs to have that sort of tournament to get up there with the legends of football.

“Being a great player in your league will get you lots of plaudits but for the world to recognise you are one of the all-time greats you have got to do it as the World Cup.”