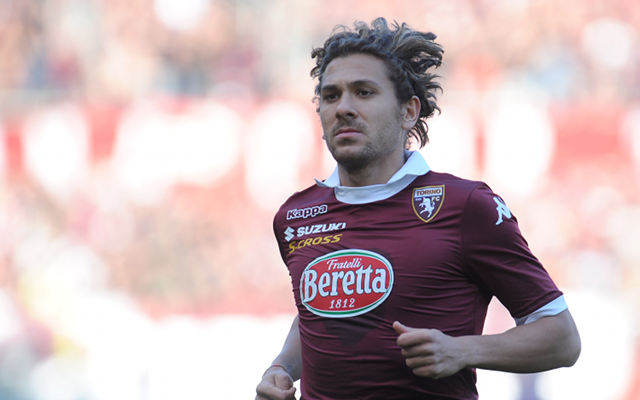 Everton manager Roberto Martinez is set to launch an ambitious swoop for Italian international forward Alessio Cerci, according to reports in the Daily Express.

The 26 year-old attacking midfielder enjoyed a wonderful season for Torino, despite missing a last minute penalty against Fiorentina on the final day of the season that cost his side on-the-field qualification for the 2014/15 Europa League, although it appears that they will profit from Parma’s failure to land a UEFA licence.

Cerci didn’t feature in England’s 2-1 defeat to Italy at the 2014 FIFA World Cup, but along with Torino teammate Ciro Immobile his club form was enough to persuade Cesare Prandelli to take him to Brazil and give Cerci the opportunity to add to his 12 caps.

Cerci emerged from the youth system at Serie A side AS Roma, but made just 13 league appearances for the side from the Italian capital over seven years, playing most of his football in loan spells at Brescia, Pisa and Atalanta.

It was in Florence with Fiorentina that he made his name, however, scoring 12 goals in 47 Serie A appearances for the club before moving on to Turin in 2012.

Everton are reported to be lining up a £10 million bid for the player as Roberto Martinez looks to move quickly to beat fellow suits Arsenal and Manchester United to the signing of Cerci.

Roberto Martinez is likely to have to bolster his attacking ranks this summer, with a return for Chelsea striker Romelu Lukaku looking more and more unlikely as the weeks go by.