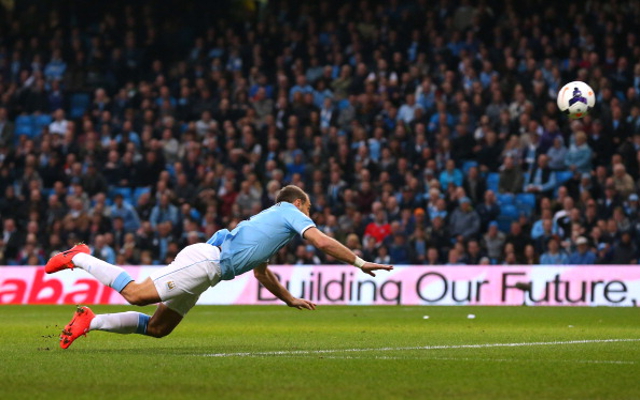 Barca consider move for Argentine defender.Barcelona could be set to try their luck with a bid for Manchester City right-back Pablo Zabaleta, who could be open to leaving the Premier League champions after they confirmed the signing of Bacary Sagna.

With the French full-back completing a free transfer to the Etihad Stadium from Arsenal, Zabaleta’s place in Manuel Pellegrini’s starting lineup may now be under threat, and CaughtOffside understands that Barca have now been alerted to his potential availability.

The 29-year-old defender is a fan favourite at City after establishing himself as one of the best players in his position in the Premier League, though the club’s determination to bring in Sagna for that role suggests that they don’t necessarily value him as first choice, and could allow him to leave for the right price.

Barcelona are in the market for a new signing at right-back anyway this summer, with Brazil star Dani Alves believed to be edging closer to an exit from the Nou Camp as the likes of Paris Saint-Germain and Monaco look to lure him with a big-money move to Ligue 1.

Alves had suffered something of a dip in form in his final two seasons with the Catalan giants despite previously being regarded as a highly valuable member of the squad that dominated La Liga and Europe so resoundingly under the management of Pep Guardiola between 2008 and 2011, and is one of several big names who could be on the way out this summer.

Cesc Fabregas has already departed in a £30m move to Chelsea, while the likes of Alexis Sanchez and Pedro Rodriguez are also being linked with moves to the Premier League with the likes of Arsenal, Liverpool and Manchester United.

Versatile winger/full-back Juan Cuadrado of Fiorentina has also been linked as an option to come in as a replacement for Alves in recent times, though it is thought that Juventus are currently winning the race for the Colombian’s signature, which has seen Barcelona switch their focus to the unsettled Zabaleta.

The departure of the Argentine will no doubt be disappointing for the club’s fans, but with City under pressure to adhere to Uefa’s Financial Fair Play regulations, it could make sense for the Manchester club to make a profit on Zabaleta whilst landing a quality replacement in Sagna for free.

There is also speculation that third-choice right-back Micah Richards could leave the club this summer, though City will be keen not to lose two players in that position and leave themselves without backup to Sagna, though at the moment neither Zabaleta nor Richards are willing to play that squad-player role.