Chelsea have made an offer for Man United striker Wayne Rooney after Jose Mourinho was encouraged to bid for the England international with reports that incoming boss Louis van Gaal is ready to sell the 28 year old.

CaughtOffside understands that the Blues, who have failed in previous bids for the Old Trafford star, are set to make an opening offer of around £40m which may well be considered by Man United.

Rooney was strongly linked with a Man United exit last summer only to then sign a new contract before putting in a solid season for the club during what was on the whole a disastrous campaign under former manager David Moyes.

Mourinho is keen to re-shape his Stamford Bridge attack and with Samuel Eto’o having already left and both Demba Ba and Fernando Torres set to be made available for permanent exits there would appear to be room for Rooney in the Chelsea side. 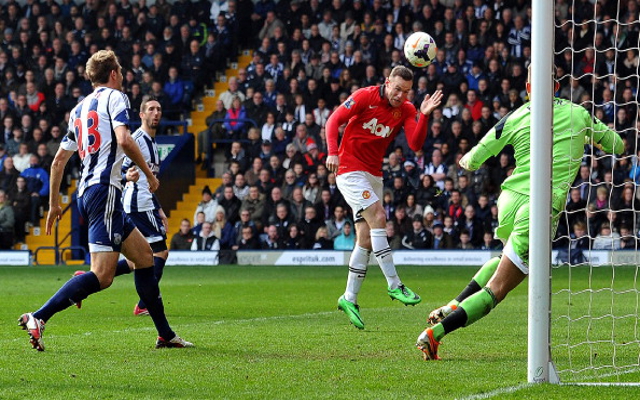 Rooney is currently on national team duty but is being kept informed of the ongoing situation and could be open to a fresh challenge after ten seasons at Man United.

Louis van Gaal is set to be handed a massive transfer war-chest said to be in the region of £200m and has set his sights on a number of potential attacking additions, including Dutch winger Arjen Robben and Uruguayan forward Edinson Cavani and is said to be open to offers for Rooney.

Rooney only signed a new deal in February with the former Everton man receiving up to £300k a week and Chelsea are apparently open to offering the forward even more.

Jose Mourinho has adopted a sensible approach to re-building his Chelsea squad, with player sales helping to fund moves in the transfer market.

The sales of Juan Mata and Kevin de Bruyne were used to fund the January captures of Kurt Zouma, Mohamed Salah and Nemanja Matic and though Chelsea have completed the signing of Cesc Fabregas from Barcelona, and expect Diego Costa to follow, the west London side have banked nearly £50m from the sale of David Luiz to PSG.