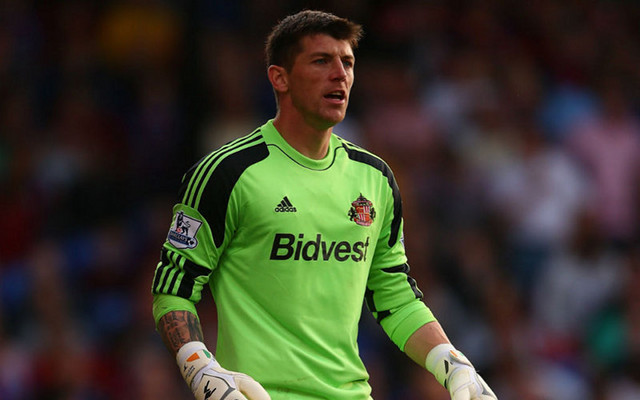 Manchester City are set to make a move for goalkeeper Kieran Westwood this week, who is now a free agent after being released by Sunderland earlier this summer, according to the Daily Mirror.

The move will come as a surprise to the club’s fans, but Manuel Pellegrini is thought to be keen to step up his search for a back up to Hart after releasing Costel Pantilimon at the end of the previous campaign, and he has reportedly targeted Westwood as a cut priced option.

Republic of Ireland international Westwood is looking for a new club after being released himself, having been unable to win his place back from former Arsenal star Vito Mannone at the Stadium of Light last season.

The 29-year-old Westwood has plenty of experience and may be ideal for the role and the fact there is no fee also helps City at this stage.

Westwood is also a Manchester native, and was on City’s books as a youngster, and should the move go ahead it would complete a dramatic and emotional return for him.

Joe Hart has since re-established himself as the club’s first choice ‘keeper, but Pantilimon’s insistence on playing elsewhere has caused Pellegrini a problem that he hopes to remedy as soon as possible.