Arsene Wenger is seemingly doubling life as a World Cup pundit with his push to bring in much needed new Arsenal additions and is hard at work looking to complete deals to sign three players who are on international duty in Brazil.

CaughtOffside understands that the Gunners boss is working at the World Cup for French TV but has plenty of time in between matches to run the rule over prospective targets and has been in regular contact with his Emirates Stadium board to help push on with efforts to sign new recruits this summer.

His pursuit of Italy’s Mario Balotelli is very much in full swing and even the player’s agent has talked up the possibility of the AC Milan leaving the San Siro for Arsenal with Mino Raiola stating;

“Arsenal is a fantastic club in London.

“Only 10 clubs in the world maximum could afford Mario – like all premium players and he is one of the greatest.

“I won’t make any further comment until after the transfer window closes.”

Which is just enough to leave fans of the north London club optimistic that a deal could be struck, and a deal that would certainly go a long way to improving their attacking options.

Balotelli has scored a healthy 30 goals in 54 appearances for AC Milan since moving back to his native Italy 18 months ago and put in a quality display against England last week, scoring the winner.

AC Milan are said to want to recoup £25m from Balotelli’s sale with new boss Filippo Inzaghi being open to cashing-in on the marksman.

Wenger also got to take a closer look at Real Sociedad winger Antoine Griezmann as he covered France’s comfortable win over Honduras as a co-commentator and is edging closer to being willing to meet the La Liga side’s £22m price-tag.

The 23 year old had an outstanding season in 2013/14, netting 16 La Liga goals, and issaid to be interested in a move to Arsenal and is seen by Wenger as a player who can offer a real threat from the flanks which is a move perhaps fueled by injury concerns suffered by both Lukas Podolski and Theo Walcott last season. 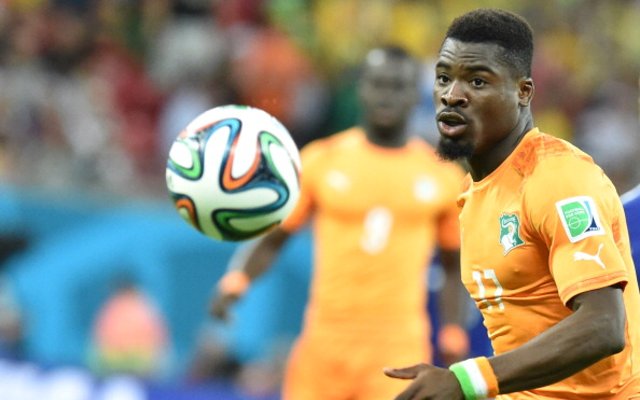 Arsene Wenger also continues to be pushing to seal a move for long term target Serge Aurier, having failed to persuade right-back Bacary Sagna to remain at the club.

Ligue 1 side Toulouse are likely to sell the 21 year old, who put in a good display as Ivory Coast came from behind to defeat Japan, and Arsenal are ready to make a £10m bid for the youngster.