An over excited England fan has made sure that nobody can question his loyalties by having captain Steven Gerrard’s face shaved into the back of his head.

Kai Ward, a taxi driver from Bognor Regis, says he got the intriguing new do following the abuse the team received after their defeat to Italy on Saturday night.

“I have had some funny looks from people but it is worth it if it can give the team a good luck charm,” he says.

Cheers for that, Kai! 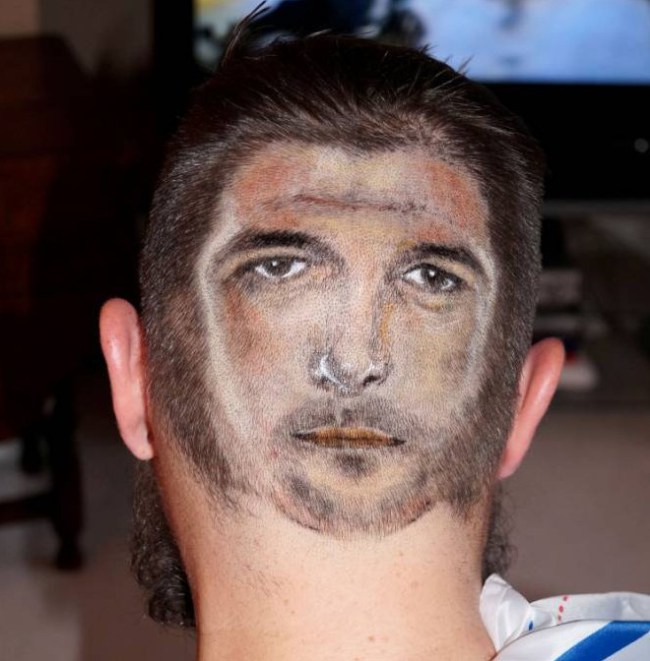