A picture of what could be the opening day fixtures of the new 2014/15 Premier League season have surfaced on the internet on Tuesday, and if true, fans are in for some truly mouth watering encounters.

Though the image’s authenticity cannot be verified, there is little reason to believe that it is false as the hosting page the information is hosted on looks rather authentic.

But if it is true (and we will find out whether that’s the case on Wednesday anyway) then there are some big encounters lined up to kick things off.

The list sees Liverpool kicking off their campaign at home to Arsenal, while Manchester United travel to Aston Villa and Chelsea host Everton. 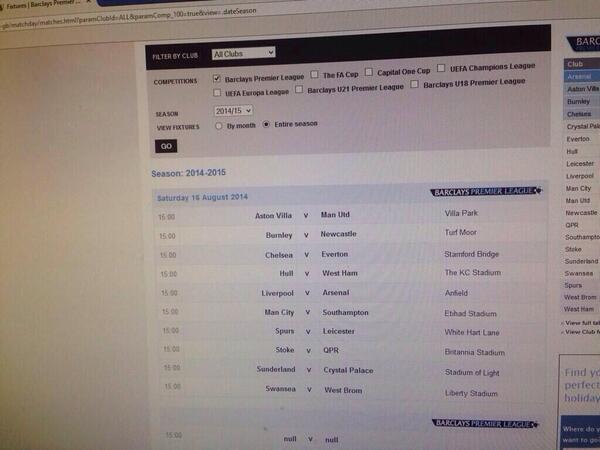