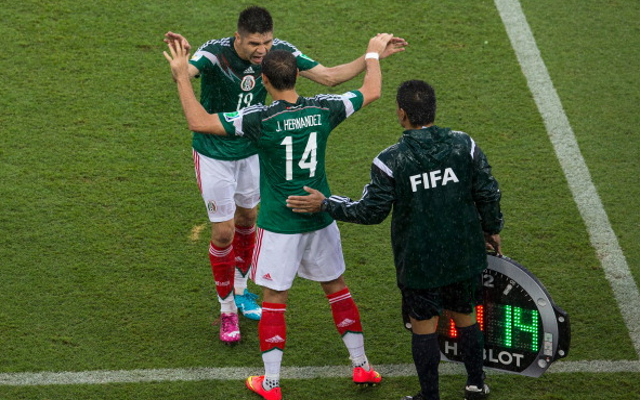 Tottenham are readying a move for Man United striker Javier Hernandez with the Mexican making it increasingly clear that he wants an Old Trafford exit this summer according to the Daily Star.

After four seasons of warming the Man United bench Chicharito has seen his chances limited at international level and with the World Cup now in full swing the forward has stated his desire to rid himself of his ‘super-sub’ tag, stating;

“I’ve never seen myself as a sub and I don’t like being one, and believe me, I am tired of a lot of people seeing me that way, as a super-sub.

“I’m a player that has made a difference as a starter.”

Chances were few and far between under Sir Alex Ferguson and Hernandez may have hoped for a better chance to impress under David Moyes but instead the opposite was true, with the Guadalajara born ace starting just six Premier League fixtures in 2013/14.

A move to White Hart Lane may tempt Hernandez and new boss Mauricio Pochettino will certainly be looking to improve his attacking options with new signings Erik Lamela and Roberto Soldado thus far proving to both be very expensive mistakes.

When called upon by Man United Hernandez has not been found wanting and his record of 59 goals in 152 appearances is all the more impressive when you consider 69 of those appearances came from the bench.