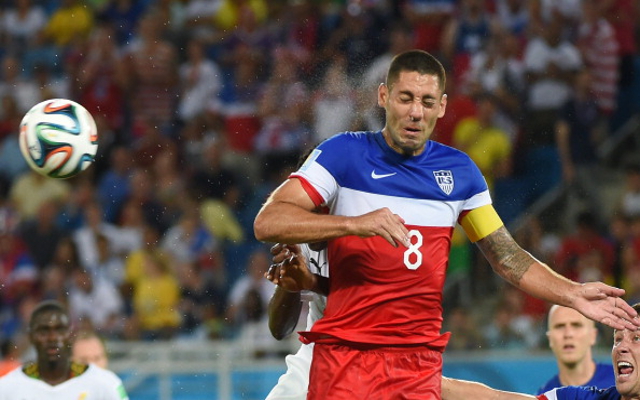 We sincerely hope this doesn’t set a precedent….

Clearly on a high, though hopefully not literally, after his speedy opening goal for the United States in their World Cup victory over Ghana it appears that former Fulham and Tottenham ‘star’ Clint Dempsey is set to move into the world of ‘rap’.

The 30 year old American is about to release an album under the moniker ‘Deuce’ and we have no doubt that it will be a groundbreaking effort that will shake the rap world to it’s very core. Or in all likelihood it will be the west coast equivalent to the Hoddle & Waddle epic that was, and still is, ‘Diamond Lights’.

Rapper and friend Mike Chehadé explains the genesis of Dempsey’s move from footballer to musical icon;

“We just were having fun with it and it ended up being an album.”

“We’re not known as a soccer powerhouse – we’re almost known for being soft. But Clint has this edge.

How infuriating would that be. Someone calling you and just ‘rapping’ down the line for no reason whatsoever.