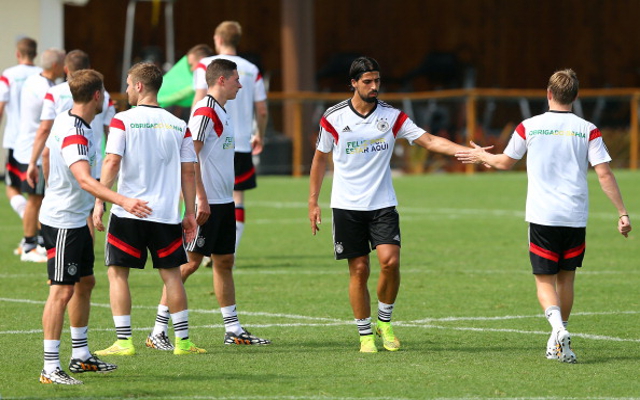 Chelsea are readying moves to bring in two German internationals as Jose Mourinho steps up his pursuit of a number of summer targets according to the Daily Star.

Having already welcomed in Barcelona man Cesc Fabregas it appears that Blues boss Mourinho is keen to ring more changes in his Chelsea midfield and has set his sights on Bayern Munich contract rebel Toni Kroos and Real Madrid battler Sami Khedira.

Having seen David Luiz complete a big money move to PSG and Frank Lampard leave the club for pastures new there is perhaps still scope for such additions though there is every chance that a player or two could end up being offloaded to make way for new arrivals.

This source suggests that tough tackler Khedira would battle Nemanja Matic for a holding role in the Stamford Bridge side which would appear to leave John Obi Mikel out in the cold.

Kroos has been in ongoing contractual negotiations with Bayern Munich for some months and his demands for a big pay-rise have not been addressed and Chelsea will offer the 24 year old a whopping £7m a year deal, which works out at around £130k a week which is quite a rise on his current £60k a week deal.

Of the two Kroos is perhaps the more likely to move to Chelsea though his Allianz Arena employers will demand £20m for his services, which is perhaps a steep price for a player with just 12 months left on his current contract.