Chelsea boss Jose Mourinho has already secured the signing of Spanish international midfielder Cesc Fabregas but is now setting about bringing in a host of other talents to further strengthen his Stamford Bridge squad.

CaughtOffside understands that the west London side are in advanced talks to sign a number significant additions with Mourinho ready to cover a large portion of the outlay by using funds from the sales of players he feels he can afford to cash-in on. 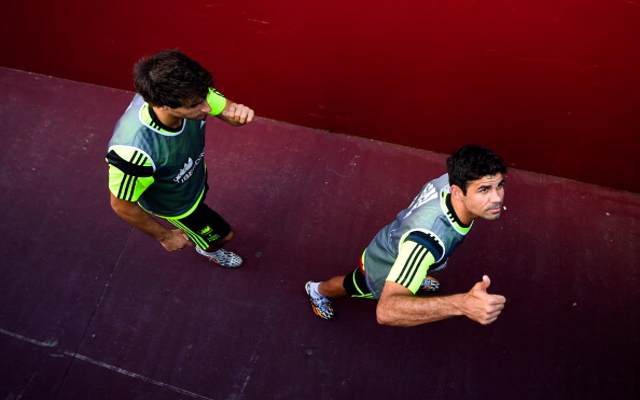 Chelsea will wait until the completion of the 2014 World Cup finals before officially announcing the capture of Atletico Madrid striker Diego Costa though the deal has been completed some time ago.

The 25 year old Brazilian born Spanish international has already passed a medical and the Premier League side have met the forward’s £32m release clause.

Costa had a stand-out campaign in 2013/14, netting 36 goals in all competitions whilst helping Diego Costa’s side to a La Liga title.

Mourinho’s top priority this summer is the re-shaping of his ailing attack.

Samuel Eto’o has left the club and Demba Ba will be made available and Atletico Madrid are readying a move to re-sign Fernando Torres but will wait until the Costa deal is done and dusted before doing so.