Bayern Munich winger Franck Ribery has been accused of smoking a joint.

The 31-year-old, who missed France’s World Cup campaign with a back injury, was pictured by a pool with a group of friends, one of whom was holding a large cigarette.

Another image appears to show Ribery and his pal inhaling smoke with their heads under a towel.

The pictures were published by German newspaper Bild, who captained the second image: “Fog in Ibiza – Ribery and his pals put their smoking heads under a towel.”

Check out the pictures below. 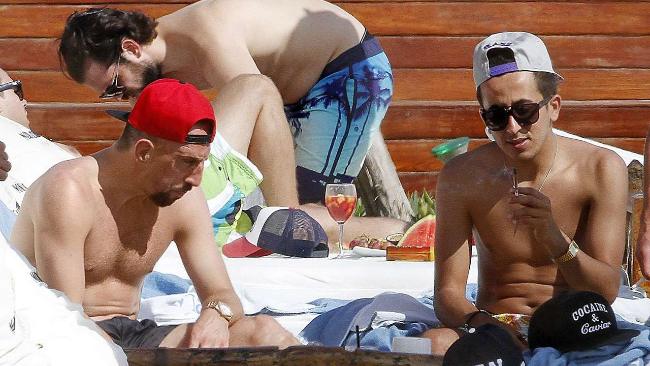 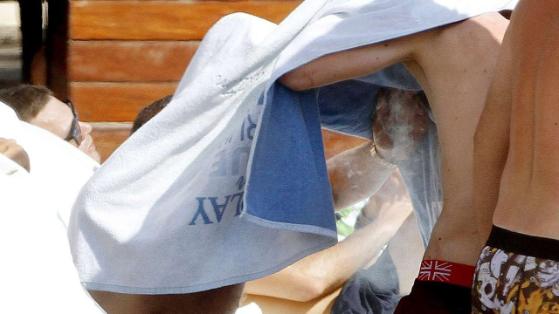