How the Spanish are expected to start in this must win game.

Defending champions Spain had a shock start to the 2014 World Cup when they were hammered 5-1 by Netherlands on Friday.

In a tough group it now means that the Spaniards have to beat Chile in their next tie to have any real chance of qualifying for the last-16.

Here is how CaughtOffside expects Vicente del Bosque to lineup his Spanish side after that disappointing result.

Despite having a howler against the Dutch the captain should keep his place, largely because backup David de Gea has picked up a training ground injury.

It was hardly a great introduction into World Cup football for the Chelsea defender against the Dutch, but after a brilliant year with the Blues Azpilicueta should keep his place at right-back.

The FC Barcelona ace is the only natural left-back in the squad and should retain his place in defence if only for his attacking presence. 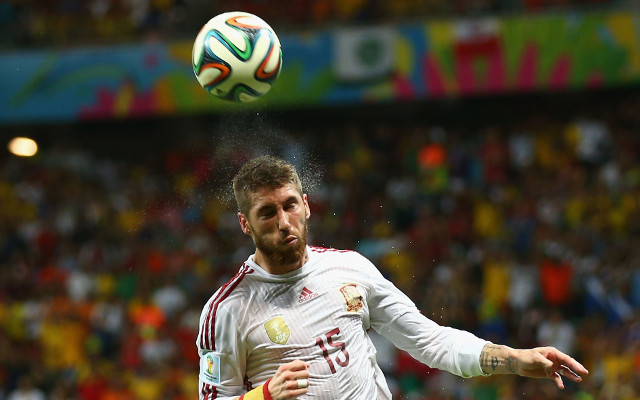 After helping Real Madrid win the Copa del Rey and Champions League in the past 12 months Ramos was considered among the finest defenders in the world, although he will need to improve from the last performance.

Javi Martinez is waiting in the wings for a place at the back, but we expect del Bosque to give this Barca star at least one more chance at in defence.