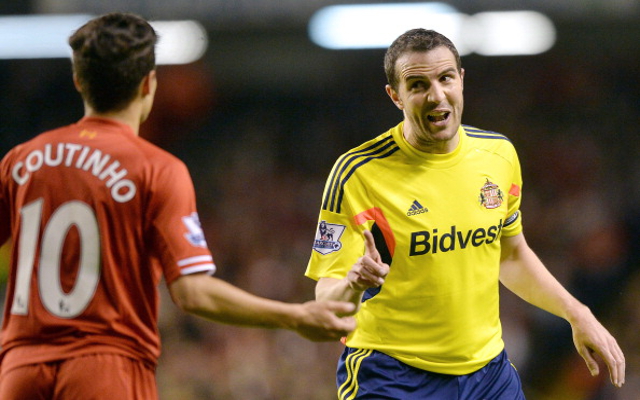 Tottenham have surprisingly set their sights on Sunderland veteran John O’Shea as new boss Mauricio Pochettino looks to strengthen his White Hart Lane defence according to the Daily Telegraph.

Pochettino will look to the 33 year old Republic of Ireland international to replace Michael Dawson, who is set to leave the north London club this summer.

O’Shea moved to the Stadium of Light back in 2011 after more than a decade in the Man United first team set-up and may be keen on a fresh challenge.

Sunderland narrowly avoided the drop last season and the Black Cats skipper may like the idea of competing at the right end of the Premier League and will be able to pit his wits in Europe to boot.

A move for O’Shea, whilst clearly not a long term one, is perhaps a wise option to consider as Pochettino looks to re-shuffle his Spurs squad.

O’Shea is a five time Premier League title winner with over 500 top level club appearances to his name, this despite his very obvious overall failings, and is a no-nonsense defender who always gives 100% to the cause.