How the Three Lions are expected to start against their South American opponents.

It’s crucial game for both England and Uruguay in the 2014 World Cup as they go head-to-head in their Group D clash.

Both sides lost their openers, with the Three Lions narrowly edged out by Italy in a close encounter, whilst the South Americans were surprisingly defeated 3-1 by Costa Rica.

The loser of this game can effectively wave their chances of reaching the last-16 goodbye and as result it should be a tense affair.

Roy Hodgson and his side received wide praise after the first match – despite losing 2-1 to the Italians – and how the 66-year-old will line his team up against the Uruguayans has been much debated.

Despite a couple of shaky moments in the first game, the Manchester City No.1 was generally reliable and is by far the nation’s best option between the sticks.

The Liverpool right-back is now only really in the team by virtue of the fact he is the only option, although Phil Jones will be ready if Johnson has another poor performance.

This Everton left-back made his World Cup debut on Saturday and was a little ineffective, which after the success of Ashley Cole over the past decade will need to be addressed quickly. 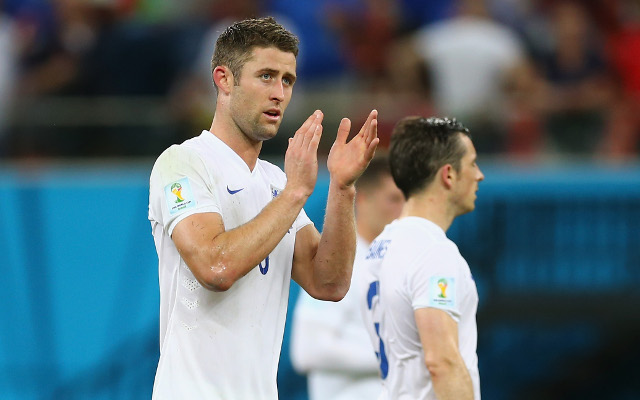 Despite perhaps giving Mario Balotelli too much room to score Italy’s winner at the weekend, Chelsea’s Cahill was generally solid and will continue at the back.

Partnering the 28-year-old will once more be the Toffees captain, with the duo beginning to form a good understanding in central defence.