Incredible up top and not bad at the other end either!

Spanish newspaper Sport has picked a stunning starting XI and five substitutes of the sexiest World Cup wives and girlfriends.

The team – titled El Otro Once Del Mundial – lines up in 3-4-3 formation with Bruna Marquezine, Antonella Roccuzzo and Irina Shayk, partners of Neymar, Lionel Messi and Cristiano Ronaldo up front.

Spanish TV presenter Sara Carbonero, who is married to goalkeeper Iker Casillas, starts between the sticks.

Shakira, Pilar Rubio and Evangelina Anderson are the defenders, while Ann Kathrin Brommel, who is Mario Gotze’s girlfriend, is the main attraction in midfield.

England are represented, but only on the bench, where Sam Cooke, girlfriend of Manchester United defender Chris Smalling, features. 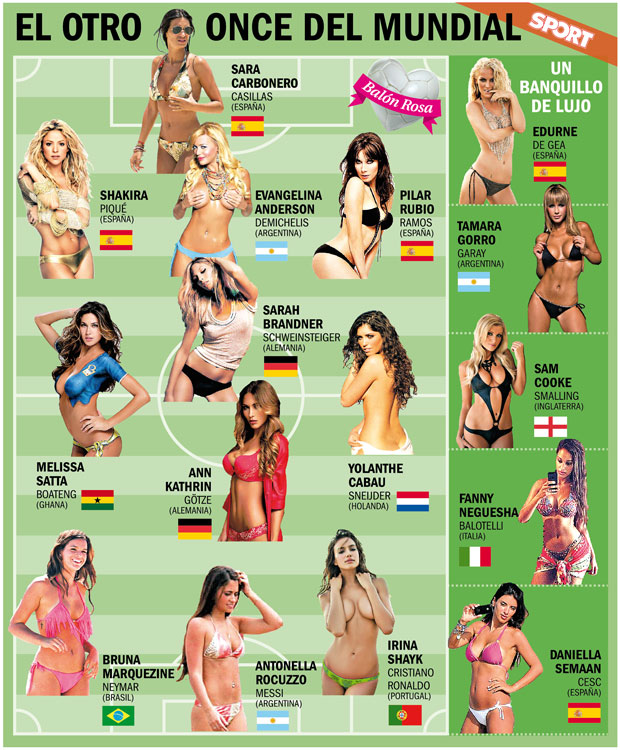