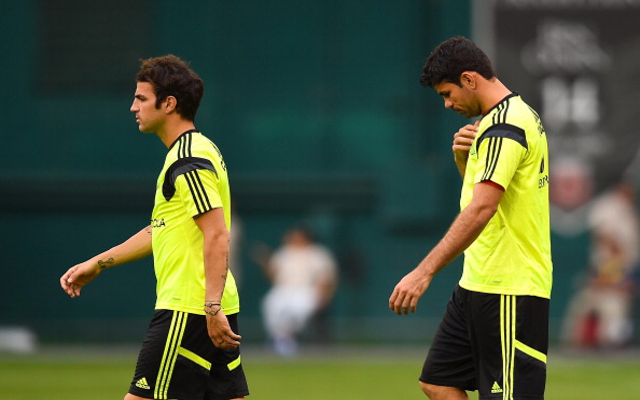 Darmian impressed against England, likely to keep his place in Azzurri line-up.

All the latest headlines from the newspapers in Italy as there is reaction to Spain’s exit from the World Cup along with all the latest transfer gossip.

– Adios! World Champions Spain are eliminated. La Roja suffer second loss of the group stages and will fall at the first hurdle in the defence of their World Cup trophy. Holland and Chile advance from Group B.

– England take on Uruguay, with Liverpool striker Luis Suarez ready to play but there are doubts over his match fitness and his ability to play the whole game if his team need him.

– Andrea Barzagli out, Italy revolution – at least four changes against Costa Rica, Leonardo Bonucci with Giorgio Chiellini as Cesare Prandelli looks to get his entire squad involved and rest players if needed.

– Zdenek Zeman, not to Bologna, will coach Cagliari.

– Juventus make offer for Juan Iturbe, although there is strong interest elsewhere too for the Verona star.

– ‘Gold Darmian’, Juve want him but Cairo is resisting. Torino do not want to part with star full back, particularly as he continues to develop and is now shining on the international stage.

– Barcelona offer 55m for Napoli striker Gonzalo Higuain. However, Napoli owner Aurelio De Laurentiis has previously insisted that the Argentinian is not for sale.

– Juve and Real Madrid near agreement for Alvaro Morata. Protracted move to Italy goes on for Madrid youngster.