Six big names on Barcelona wish-list.Barcelona are ready to spend big on new signings upfront this summer as they begin the rebuilding process for next season, and they could be set to make a raid on some of the biggest names in the Premier League.

With the Catalan giants finishing trophyless in 2013/14, new manager Luis Enrique has been tasked with offloading a number of the club’s established players to raise the funds to replace them with a new-look starting lineup next term.

According to Spanish source Mundo Deportivo, the six main targets are as follows, with star players from Liverpool, Chelsea, Manchester United and Manchester City all believed to be priorities. 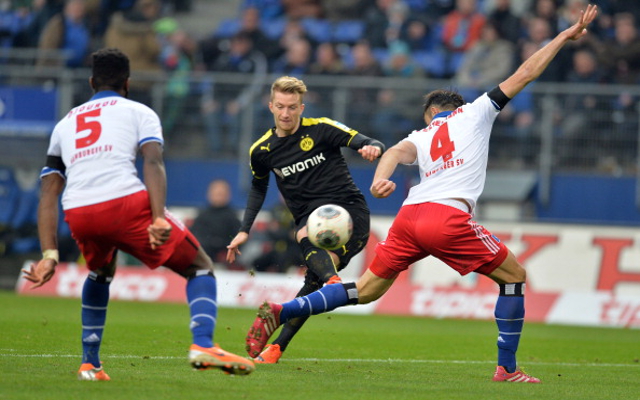 One big name long linked with a move to Barcelona as well as other top clubs is Borussia Dortmund forward Marco Reus. Although not an out-and-out striker, the German international has shown plenty of quality in the opposition penalty area, notching up 23 goals and 15 assists in the 2013/14 season to further establish himself as one of the best attacking players in Europe. Dortmund will be desperate not to lose Reus this summer, however, as they already face the departure of star striker Robert Lewandowski to rivals Bayern Munich, while exciting young playmaker Mario Goetze made the same move last summer. Still, it is claimed that Barca will try their luck with an opening offer of around £36m for his services.