In January, the 36-year-old announced that the 2013-14 season was to be his last as a professional footballer.

However, after scoring 17 Serie A goals in a brilliant campaign, he revealed in May that he was rethinking that decision.

His current contract with Udinese expires this month, but the club should pull out all the stops to get him to sign a new deal. 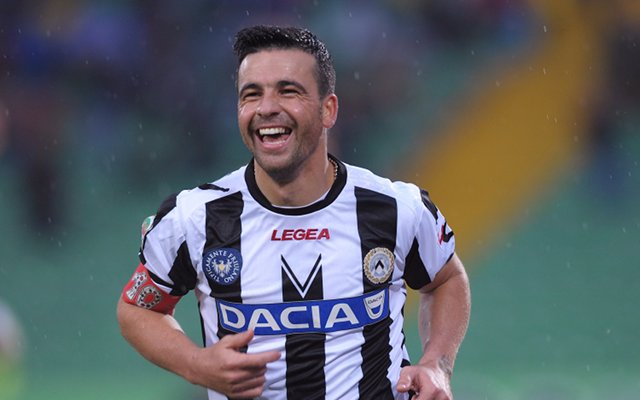