Chelsea have been one of the most active clubs in the transfer market so far this summer.

The Blues have sold defender David Luiz to Paris Saint-Germain in a mammoth £50m deal and brought in Spain midfielder Cesc Fabregas from Barcelona for just under £30m.

However, their wheeling and dealing is far from over and, according to the Daily Star, manager Jose Mourinho is ready to sell five more of his first-teamers. 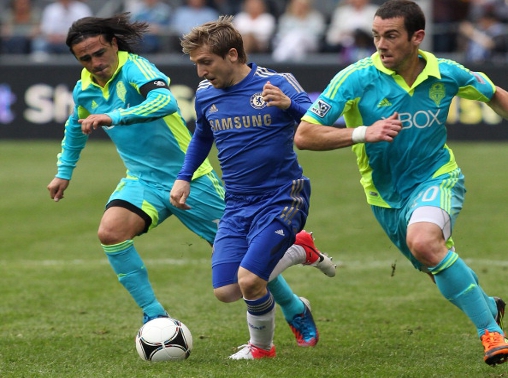 The 25-year-old winger is apparently poised to leave Stamford Bridge and end his very frustrating two-year association with Chelsea.

Marin, who joined the Blues from Werder Bremen for £7m, spent last season on loan at Sevilla.

He has only played six Premier League games for Chelsea, but it seems he may not be given the chance to add to that tally.

Wolfsburg are reportedly preparing a £7m bid for Marin, who has been capped 16 times by Germany at senior international level.