Wenger to make major changes upfront for Gunners.Arsenal manager Arsene Wenger could be set to make a major reshuffle to his attacking options in this summer’s transfer window, with players likely to leave in a bid to bring in £62m’s worth of new signings, CaughtOffside understands.

Having won the FA Cup in 2013/14 after a long wait for silverware, Wenger is determined to improve his side as they look to mount a serious challenge for the Premier League title next season, and is prepared to axe some big names from his squad to help fund moves for the players he wants to bring in.

With Bayern Munich striker Mario Mandzukic (£15m), AC Milan star Mario Balotelli (£27m), and Barcelona winger Alexis Sanchez (£20m) all believed to be part of Wenger’s plans for next season, it is clear that some of the club’s current options in the front three will have to make way to both provide the necessary money to complete these ambitious deals, as well as free up space in the starting lineup for the new arrivals.

It is thought that Arsenal will now be open to reasonable offers for the likes of Lukas Podolski and Olivier Giroud, both of whom joined the Gunners in the summer of 2012, but who have largely failed to live up to expectations in north London, despite some flashes of brilliance. 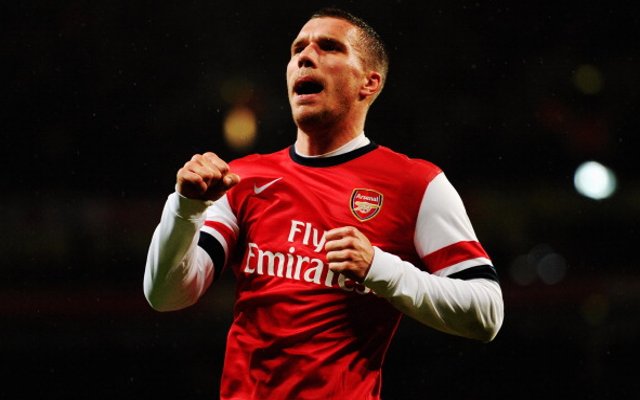 With Santi Cazorla’s move to Atletico Madrid and Thomas Vermaelen’s departure to Manchester United for a combined fee of around £31m also looking increasingly likely, Wenger hopes to bring in approximately a further £35m from the sales of Podolski and Giroud, in what would surely prove a major upgrade for his side in attack.

Promising youngster Joel Campbell could also be offered to AC Milan as part of a deal to lower the Italian giants’ asking price for Balotelli, according to recent reports, and although Arsenal fans may be concerned to see so many players leaving, there can be no questioning the club’s ambitious motives this summer as they seek to have some world class replacements coming in.

Mandzukic and Balotelli would represent two terrific options to spear-head the attack, while Sanchez’s ability on either flank should give Arsenal something a little extra with pace and a goal threat that they have missed in the absence of Theo Walcott through injury.

All three players have won big trophies elsewhere as well, giving this squad the much-needed experience of going all the way in the major competitions as Arsenal look to build on their FA Cup win of this season by bringing in more silverware.