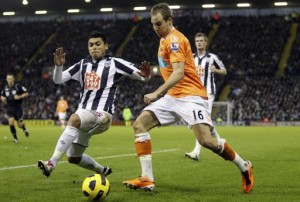 You wouldn’t know it from his performances for Chile at the 2014 FIFA World Cup so far, but defender Gonzalo Jara was
released by Championship side Nottingham Forest ahead of the competition. Jara has been a revelation for Chile at the
tournament so far, with the former West Brom man’s composure on the ball coupled with his defensive positioning making him a key part of Jorge Sampaoli’s back three.