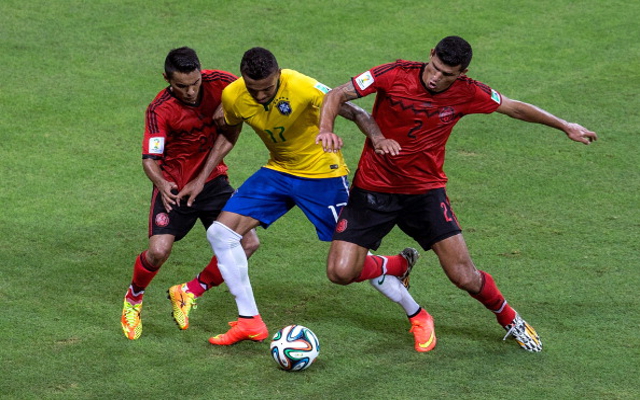 Chelsea are reportedly hot on the heels of Brazilian midfielder Luiz Gustavo according to respected Italian journalist Gianluca Di Marzio as reported on the excellent Sport Witness.

By all accounts the tough tackling Wolfsburg man could be set for a summer exit with Chelsea or Barcelona being two possible destinations for the former Bayern Munich man.

Blues boss Jose Mourinho could be open to strengthening a midfield that has seen David Luiz and Frank Lampard exit this summer and Gustavo may be a preferable defensively minded option to the likes of John Obi Mikel and Spanish youngster Oriol Romeu.

Gustavo opted to leave the Allianz Arena having failed to secure a foothold in the starting eleven and has had an impressive first season at the Volkswagen Arena but arguably deserves to be playing his football at a higher level and with Wolfsburg falling just short of a Champions League berth, finishing the season just one point behind fourth placed Bayer Leverkusen, there is every chance the box to box performer could leave for pastures new.

The presence of national team colleagues Ramires and Oscar at Stamford Bridge may be further motivation for Luiz Gustavo as he considers his options post World Cup.

Gustavo is said to have a €25m (£19.9m) release clause written into his Wolfsburg contract and that would appear to be a clause well worth triggering.