Check out these five German internationals who could be set for big-money moves to England after the World Cup.

Germany started off the 2014 FIFA World CUp campaign in fine fettle with a 4-0 demolition of Cristiano Ronaldo’s Portugal side in their opening match. With Ghana and the USA still to face, it looks as though Joachim Low’s side should be able to sail comfortably through to the second round. It is no surprise, then, that the Germans have a number of exciting talents who have been linked with big money transfers this summer, including these five who could all be heading to a Premier League club near you. 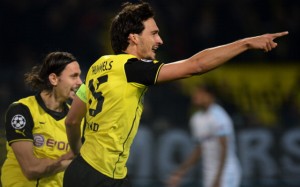 Borussia Dortmund centre back Mats Hummels bagged himself a World Cup goal against Portugal, powerfully heading home from a corner, but it is his impressive defensive displays and ability to bring the ball out from the back that have apparently attracted interest from Manchester United.

New manager Louis van Gaal will have to rebuild his defence at Old Trafford this summer and, if they can prise him away, Dortmund’s classy centre back could fit the bill perfectly.