Arsenal are hot on the heels of Italian international Mario Balotelli and as if to accentuate the possibility of such a deal the Daily Star have mocked up an image of how the AC Milan man would look in Gunners finery. 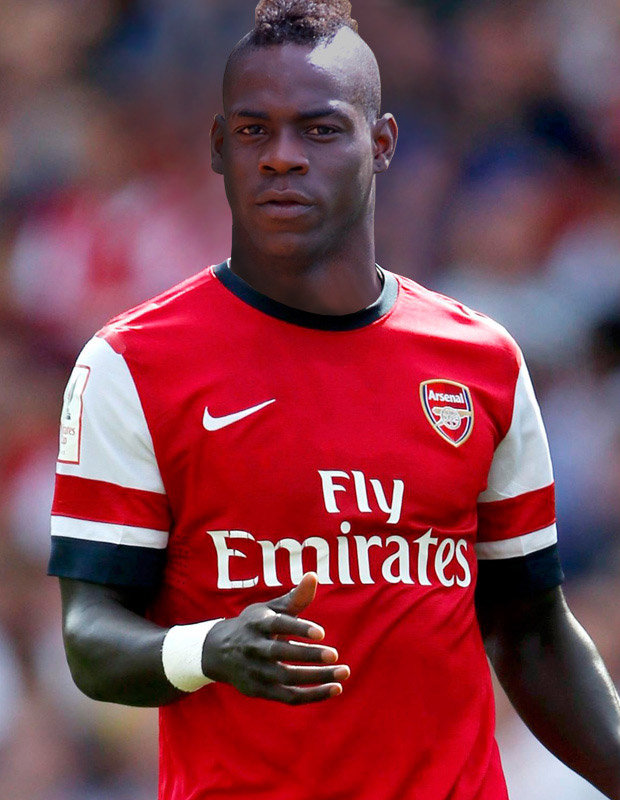 One would imagine that a new striking addition would be high up on Arsene Wenger’s ‘to-do’ list when it comes to summer transfer activity and for all his obvious faults, and there are many, 23 year old striker Mario Balotelli is a proven goal-scorer of the highest pedigree and a player who is seemingly on the Gunners radar.

Yes Balotelli may prove a headache both on and off the field of play but nonetheless he knows how to find the back of the net and Arsene Wenger may feel he has the ability to get the most out of the former Man City man.

Balotelli has had an up and down time of it since moving back to the San Siro in January 2013 but despite this, and AC Milan’s general poor run of form, the powerful marksman has still managed to net a healthy tally of 30 goals in 54 appearances for the Rossoneri.

Arsenal certainly need to bring in some much needed support for Olivier Giroud, especially as Wenger appears to prefer using Lukas Podolski and Theo Walcott in wide roles, and Balotelli may be the ideal man for the job.