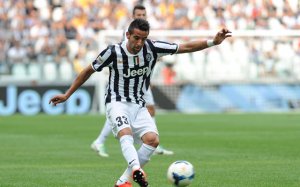 Chilean right wing back Mauricio Isla is key to Jorge Samapoli’s exciting three-at-the-back system that has won hearts and minds across the globe after his team dismantled world champions Spain and sent them packing after just two games.

The Juventus man rarely gets a start for his club side, finding himself stuck behind Swiss international Stephen Lichtsteiner in the pecking order, meaning that a mooted transfer to either Arsenal or Liverpool could be on the cards.