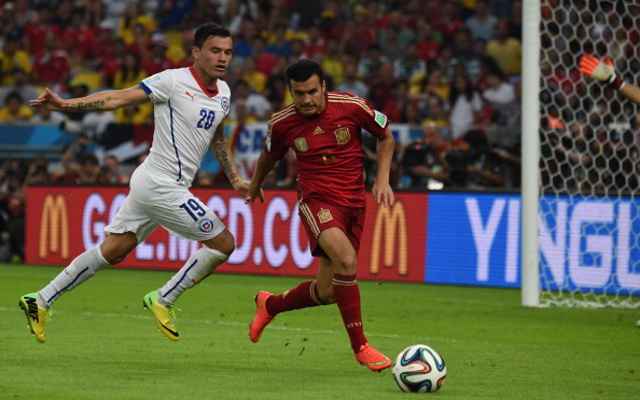 Incoming Old Trafford boss Louis van Gaal is keen to strengthen his attacking options and could certainly do with more effective wingers and it just so happens that’s a role the 26 year old is most effective in.

The Tenerife born forward is one of a host of players new Nou Camp boss Luis Enrique is ready to sell this summer as part of a Barcelona squad overhaul and the talented Spanish international may be tempted by.

Pedro has bags of pace and the trickery to beat his man and is also very effective when in on goal, as evidenced by his 19 goal haul last term.

Given that Nani, Luis Antonio Valencia and Ashley Young all failed to impress last season van Gaal may well step-up his pursuit of Pedro, who may be keen on securing the regular first team football he deserves.

A move to Man United may be further motivated by the presence of national team colleagues Juan Mata and David de Gea.

Pedro has made a total of 268 appearances for Barcelona, scoring 87 goals in the process.