Manchester United manager Louis van Gaal is hoping to do his first business since taking over Old Trafford by tabling big-money offers for three members of Spain’s embarrassed World Cup squad as they return home from Brazil.

With the Dutchman growing increasingly frustrated in his efforts to sign Bayern Munich midfielder Toni Kroos, Southampton left-back Luke Shaw, and Arsenal centre-back Thomas Vermaelen, CaughtOffside understands that the former Barcelona boss has switched his focus to three new targets to address his squad’s need in those positions.

Although van Gaal is also currently working on guiding the Netherlands national side to glory in this summer’s World Cup, with his side’s surprise 5-1 thrashing of holders Spain helping send Vicente Del Bosque’s side home, he is keen to ensure he can get his first major signings for United done quickly, so he can have a reasonable squad in place by the time he returns for pre-season.

In what should total a £96m deal, the ambitious new United manager clearly still rates this Spain squad highly, and has identified three players who could now be available to open talks over a move to Manchester this summer. 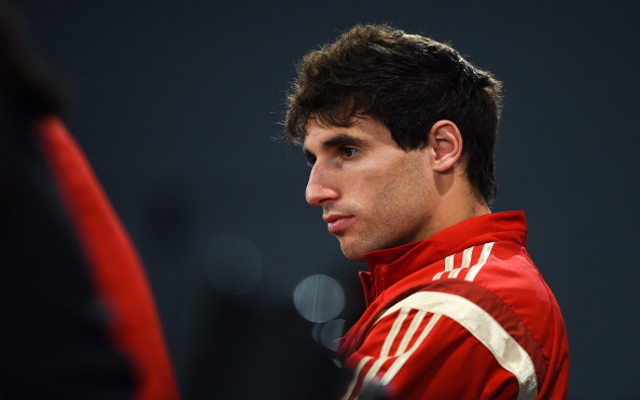 A capable performer both in a defensive midfield role or at centre-back, Javi Martinez of Bayern Munich could make a good alternative to Thomas Vermaelen for United. The experienced Spaniard has been part of his national side’s recent dominance on the international stage and has also proved instrumental in Bayern’s tremendous success in the last two seasons. Still, it is thought that he could be available this summer after hints of a falling out with manager Pep Guardiola, and this could give United the chance to revive their interest in a player that Sir Alex Ferguson was also keen to sign back in 2012 when he was still at Athletic Bilbao. £27m could be enough to persuade the Bavarian giants to let him go, and that could represent good value for money if he finds his best form in English football.