Liverpool’s talented young manager Brendan Rodgers has declared that he’s desperate to sign hungry players who can step straight into a side that can compete in the Champions League and for Premier League title glory next term.

“What we do need to do to ensure we kick on? We need to ensure we continue with our thinking in terms of the types of players we’re going to bring in,” Rodgers told the Liverpool Echo.

“We want to bring in players who are hungry. They must have the ambition to want to come in and succeed here.

“We need players who there can be no doubts about their quality.

“We’re in a position now where we’re going straight into the group stage of the Champions League and we’re going into the Premier League next season with an expectation and a belief that we can win the league.

“We need players that have those qualities. That belief, players who are willing to improve and who are hungry to improve themselves.”

In recent days, the Reds have been strongly linked with five players who tick all the boxes Rodgers has outlined here, and if he brings them all in for their rumoured transfer fees, Liverpool could spend up to £108m this summer.

Here’s the five in question and their suggested fees…

Spanish side Sevilla are adamant that Moreno is only going to be sold for the right price, which has been set at around £18m. The left-back is only 21-years-old, and is already a full Spanish international, and would undoubtedly strengthen Liverpool’s defence greatly. Last term, they conceded over 50 Premier League goals, and would be able to move Jon Flanagan over to right-back to compete with Glen Johnson if Moreno did arrive. While a move has stalled all summer, Sevilla’s president claims he will leave if the Reds stump up the cash.

“Signing any player from this club has a price and we will decide that price. If Alberto Moreno has to stay at the club he will stay but if a club pays the amount we think is big enough for him to leave, he will leave. But there is no pressure,” said Jose Castro. 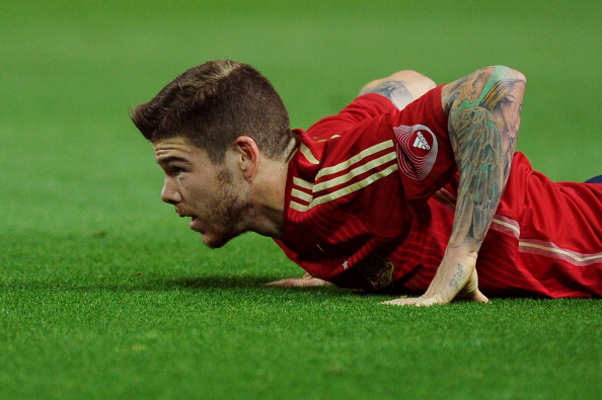