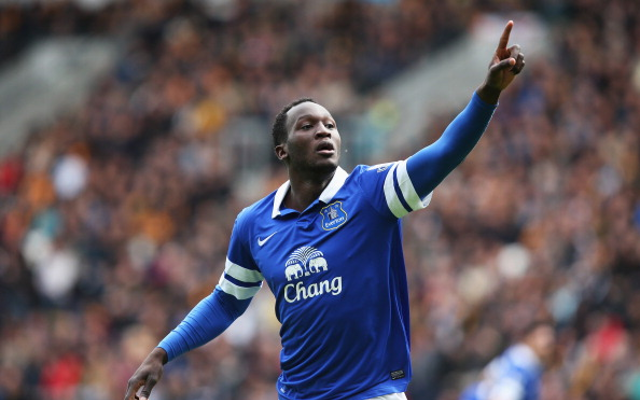 Wenger eyes Chelsea star as Balotelli backup.Arsenal manager Arsene Wenger is prepared to make a big-money offer to rivals Chelsea for Romelu Lukaku if he fails to sign his number one target Mario Balotelli, CaughtOffside understands.

The Gunners are in the market for a big-name signing upfront this summer after relying solely on Olivier Giroud for the 2013/14 season, and although talks to sign Balotelli have progressed well, it is thought that Lukaku would be the next target for the north London club.

The Belgian youngster is rated as one of the best up-and-coming talents in Europe at the moment after impressing in two loan spells away from Chelsea, first with West Bromwich Albion and then with Everton, and Arsenal could now join the long list of elite club sides chasing him this summer.

Despite the 21-year-old’s fine form in temporary spells away from Stamford Bridge, he now looks likely to move on a permanent deal this summer after becoming disillusioned at not being first choice upfront for Chelsea.

With the Blues already moving to bring in Atletico Madrid striker Diego Costa for around £32m, Lukaku looks like being pushed even further down in the club’s pecking order, with more deals still possible as the likes of Radamel Falcao and Karim Benzema continue to be linked as targets for Mourinho.

Lukaku is wanted on a permanent deal by Everton, but it is thought that he would prefer a move to a club playing in the Champions League next season, which could make joining Arsenal his ideal choice as he would almost certainly be Wenger’s preferred option upfront and would be able to take part in Europe’s top club competition.

Wenger had looked at the player before he joined Chelsea, as he had caught the eye as a teenager at Belgian side Anderlecht, and he continues to be impressed by the remarkable progress he has made in the Premier League.

However, it remains to be seen if the Blues would be willing to see Lukaku move to a title rival even for such a big transfer fee, as Mourinho notably pulled the plug on a deal for Demba Ba to move on loan to the Emirates Stadium last summer.

Still, Arsenal are hopeful that a bid to bring in Lukaku won’t be necessary if they can win the race for Balotelli’s signature, though there remains the risk of being outbid by the likes of AS Monaco or Napoli for a player already likely to cost as much as £29m.