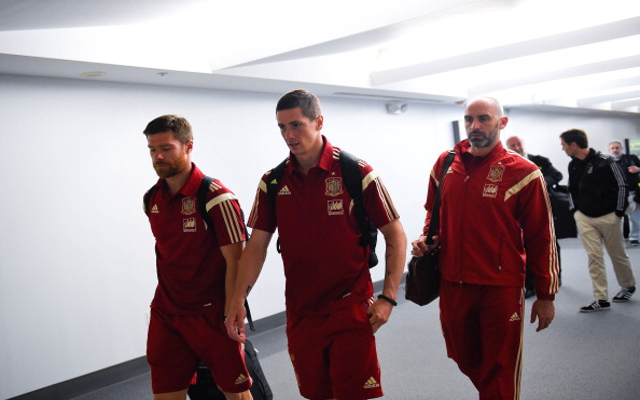 Watch La Roja sign off from a disappointing World Cup defence with a 3-0 victory over Australia in Curitiba.

Spain may have disappointed their fans this World Cup, but the reigning champions did at least sign off with an emphatic victory, with a much-changed La Roja side beating Australia 3-0 in Curitiba.

The Aussies had started the game strongly, but they lacked a focal point without the suspended Tim Cahill, and Spain gradually began to take control of the match.

Spain took the lead when David Villa, the experienced striker who left Atletico Madrid this summer, cleverly flicked home a pull back after a fine through ball by Andres Iniesta.

The diminutive Barcelona playmaker struck again after the break, picking out Chelsea striker Fernando Torres for his first goal of the tournament. Manchester United man Juan Mata rounded off the win late on, neatly finishing at the far post.

Australia vs Spain 0 -3 All Goals Highlights… by edi-qrz11