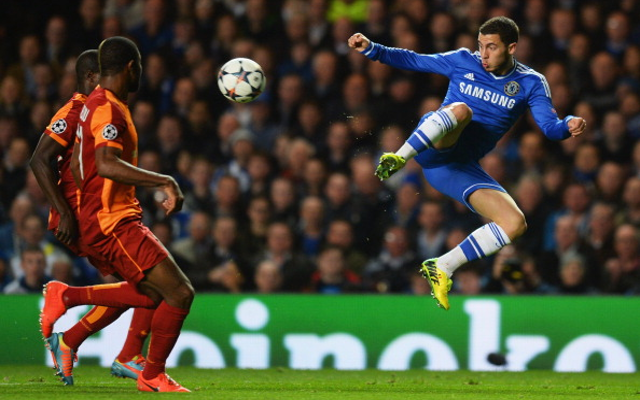 Catalan giants to turn to Belgian star as back-up.

Barcelona are set to turn their attentions to Chelsea’s Eden Hazard should they fail to secure the signing of Liverpool striker Luis Suarez this summer, according to the Daily Star.

Hazard’s future at the club has been cast into doubt recently after Jose Mourinho criticised him for his costly error during the Champions League semi-final defeat to Atletico Madrid at the tail end of last season.

However, despite that outburst from Mourinho, Hazard has continuously insisted that he will stay put at Stamford Bridge this summer after being targeted by Ligue 1 big spenders Paris Saint Germain.

But despite his insistence on staying, Barcelona are looking to take advantage of the uncertainty by making a move for him should their deal to land Liverpool’s Luis Suarez fail to materialise.

Barca are currently hoping to persuade the Reds to let the Uruguayan head to the Nou Camp, and are trying to tempt them with £56m and Chilean forward Alexis Sanchez.

Liverpool boss Brendan Rodgers is determined to keep a hold of the Uruguayan, though, as he looks to build a squad capable of competing across four competitions next term.

Although Barcelona are willing to offer Liverpool target Sanchez as part of the deal, Rodgers is likely to resist the temptation in his desire to keep Suarez at Anfield.

Mourinho is not thought to be keen to make subtractions to his squad either, and is unlikely to consider any approach for his star man, but with Barca keen to add a big name signing to their books he may find an increased offer difficult to turn down.