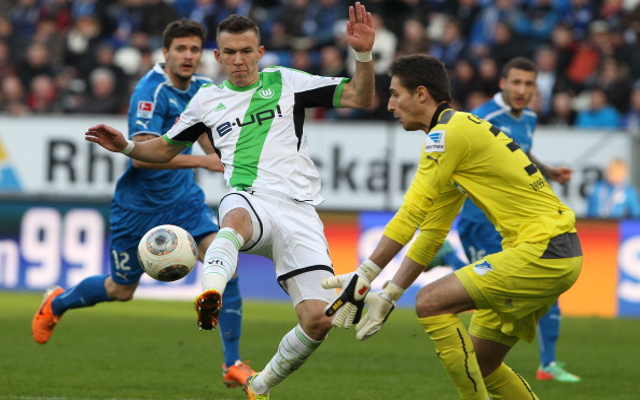 Everton have reportedly launched an £8m bid for Wolfsburg winger Ivan Perisic and will go up against Juventus to land his signature as Romelu Lukaku slips from their grasp, according to the Daily Star.

Roma are also showing an interest following the wideman’s performances in the World Cup and look likely to drive up the price in any deal for Perisic.

But Everton have started the bidding at £8m as they look to challenge the Italians to his signature.

However, the Toffees look like they’re set to miss out on bringing Romelu Lukaku back to the club on a permanent basis as Spanish giants Atletico Madrid want to bring him on board as a replacement for Chelsea bound Diego Costa.

Lukaku is not thought to be wanted by Blues coach Jose Mourinho and has subsequently been linked with a number of top clubs from around Europe following another fine campaign in front of goal with Roberto Martinez’s men.

It was revealed last week that Chelsea had turned down a loan offer from West Ham for the 21-year-old hit man.

Since signing for the club in 2011 for £18m, Lukaku has not scored a single goal for Chelsea.