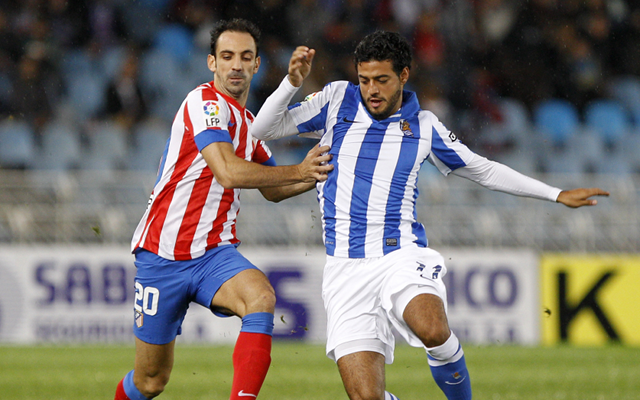 Gunners miss out on re-signing striker.Arsenal look set to miss out on the chance to re-sign Mexican striker Carlos Vela from Real Sociedad with the news that he has signed a new contract with the Basque club, according to the Daily Express.

Another in-demand player on the books at Sociedad, French winger Antoine Griezmann, has been quoted as saying that his team-mate has penned a contract extension to remain in La Liga after being strongly linked as a target for his former employers this summer.

Despite a disappointing first spell in north London between 2008 and 2012, Vela’s improvement in form since making the move to Sociedad seemed to have persuaded Arsene Wenger to bring him back to the Emirates Stadium in this year’s transfer window.

The Gunners are known to be in the market for new signings upfront at the moment, but will have to look elsewhere as Vela seemingly has his heart set on staying in the Spanish top flight for the time being.

It had been reported that Sociedad had moved to buy out Arsenal’s option to re-sign Vela on the cheap, with the FA Cup winners possibly set to make a further £15m on a player they already sold two years ago.