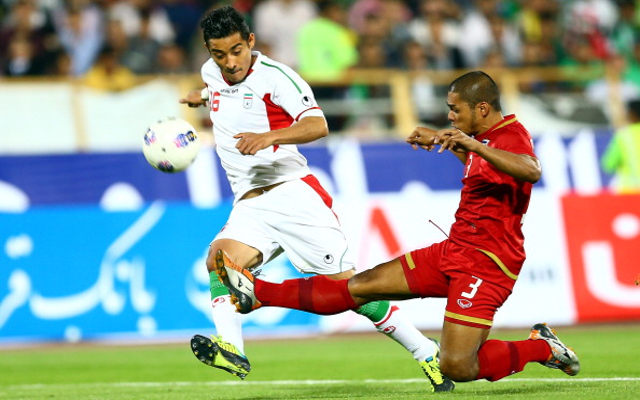 Iran unhappy with the officials after their last-gasp defeat to Argentina in Group F.

The Iranian FA were so disappointed with the refereeing decisions in their narrow 1-0 defeat to Argentina at the 2014 FIFA World Cup that they have decided to file an official complaint with FIFA over the performance of Milorad Mazic.

The Serbian official appeared to deny the Iranians a penalty when Fulham winger Ashkan Dejagah raced clear only to be brought down by Manchester City man Pablo Zabaleta, although replays later seemed to show that the Argentinian had got the smallest touch on the ball.

The Asian side, led by Portuguese manager Carlos Queiroz, were unfortunate to lose the match in Rio de Janeiro, with the only goal coming in injury time when Lionel Messi found half a yard of space to whip home a stunning long range strike.

Despite the defeat, Iran can still qualify for the second round of the tournament if they beat already eliminated Bosnia & Herzegovina on Wednesday and Argentina do them a favour by beating Nigeria.

Believed by many in the build-up to the tournament to be potential whipping boys, Iran have impressed with their defensive solidity and shape, with Messi’s unstoppable long-range thunderbolt being the only goal that they have conceded so far after an opening 0-0 draw with Nigeria.

They are, however, yet to find the back of the net themselves, despite the best efforts of Charlton Athletic striker Reza Ghoochannejhad, who was twice denied by Argentina ‘keeper Segio Romero.