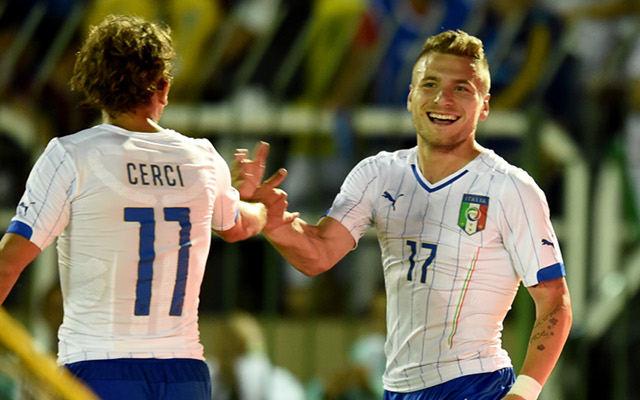 Italy likely to switch to a 3-5-2 system as they look to bounce back from defeat.

All the latest headlines from the newspapers in Italy as Azzurri coach Cesare Prandelli is set to unleash Ciro Immobile on Uruguay in the crunch Group D clash.

– Italy coach Cesare Prandelli to choose a 3-5-2 system with Immobile up front with Mario Balotelli as Azzurri must avoid defeat against Uruguay in order to progress to the knock-out stages.

– Barbara Berlusconi: “Balotelli is not irreplaceable”. Transfer speculation expected to ramp up further after latest comments, as while there is undoubtedly truth in the story, it is a blow for Milan fans hoping to keep hold of their star striker.

– Clarence Seedorf wants compensation. Dutchman is preparing a legal case against Milan as he wants damages following his dismissal earlier this month.

– Here they are – Balotelli and Immobile against Uruguay.

– Prandelli could leave if Italy go out. Despite signing a renewal which would keep him charge until 2016, report claims that the former Fiorentina coach could walk away if he fails to deliver in Brazil.

– Barbara takes on Juve for Iturbe: “My father and Galliani are talking with Verona”.