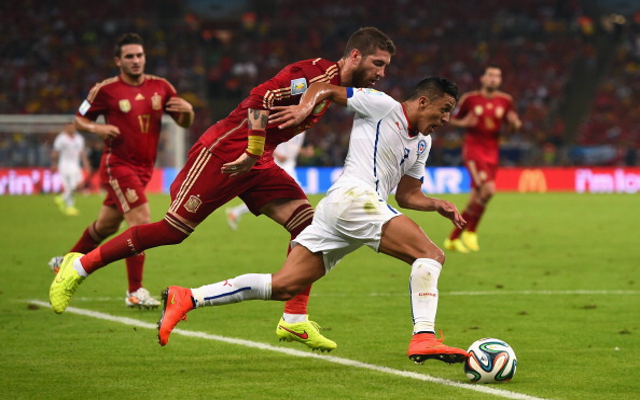 Liverpool are reportedly in advanced talks with Barcelona over their interest in attacker Alexis Sanchez though the Anfield side have no intentions of selling Luis Suarez as part of such a swoop according to the Liverpool Echo.

Liverpool chief executive Ian Ayre is said to have met with the La Liga side as Brendan Rodgers sets about further strengthening his squad after a hugely successful 2013/14 campaign.

Having already signed Southampton veteran Rickie Lambert and German midfielder Emre Can the Merseyside outfit will look to make the 25 year old is having a marvelous World Cup and his exploits in Brazil are sure to lead to further prospective buyers to hone into view.

Sanchez appears to be one of a number of players incoming Barcelona boss Luis Enrique is ready to sell as he re-shuffles his Nou Camp pack, with Cesc Fabregas having already completed his move to Chelsea.

Sanchez enjoyed a successful season at Barcelona last term, even if his side on the whole failed to deliver, netting 19 goals in 27 La Liga starts and has impressed in Chile’s World Cup victories over Australia and Spain.

Rodgers may have designs on using Sanchez as a third prong in an attack that could also include Luis Suarez and Daniel Sturridge.