Who could have changed England’s fortunes this summer?

After England’s embarrassing World Cup campaign, which has so far seen them register back-to-back defeats against Italy and Uruguay, questions will undoubtedly be raised as to manager Roy Hodgson’s squad selection. Which players were left sitting at home, that could have made a difference?

England were never going to drop Steven Gerrard, their captain and leader, but perhaps Hodgson missed a trick in failing to name a suitable alternative in his 23-man squad. Gerrard was England’s only out and out holding midfielder, and after a mentally and physically draining season with Liverpool, it became clear against the Italians that the skipper was some way short of his best form. Gareth Barry, an experienced and seasoned England international, with 53 caps to his name, had an excellent season on loan with Everton, after being left out in the cold by his parent club Manchester City, and could have provided another option in Hodgson’s midfield. 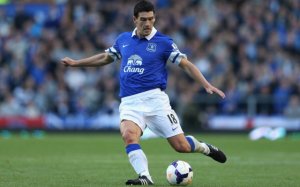