The debate raged on and on throughout the second-half of last season, as to which ‘target man’ striker would best serve England if they were chasing the game in the closing stages. Hodgson opted for Liverpool-bound Rickie Lambert who, perhaps with one eye on his recently completed transfer, has failed to make an impact. Perhaps Andy Carroll, a goalscorer for England against Sweden in Euro 2012, would have offered Hodgson a more daunting attacking option. 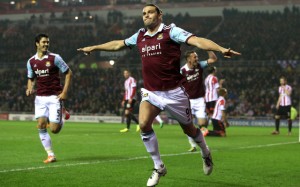