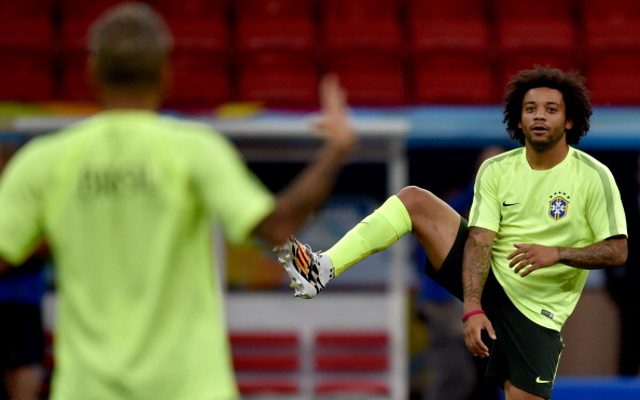 Tottenham are lining up a surprise move for Real Madrid wide-man Marcelo as White Hart Lane boss Mauricio Pochettino looks to address the club’s problem area at left-back according to CalcioMercato.

The spot on the left hand side of the Spurs defence has proved something of a headache to a number of managers of the north London outfit, with Andre Villas-Boas and Tim Sherwood using the likes of Danny Rose and Jan Vertonghen in the role, with varying degrees of failure and whilst a move for Bernabeu star Marcelo is a good one to consider, just how likely is such a deal?

The 26 year old has struggled with injuries of late but played a pivotal role in Real Madrid’s efforts to land a historic ‘Decima’, scoring in the Champions League final against Atletico Madrid, and making 39 appearances in all competitions.

There seems little chance Marcelo would look to leave Real Madrid any time soon and Carlo Ancelotti probably isn’t interested in selling the Brazilian so Pochettino may have to look elsewhere.

Marcelo has made 267 appearances for Real Madrid since moving to the Spanish capital in January 2007.