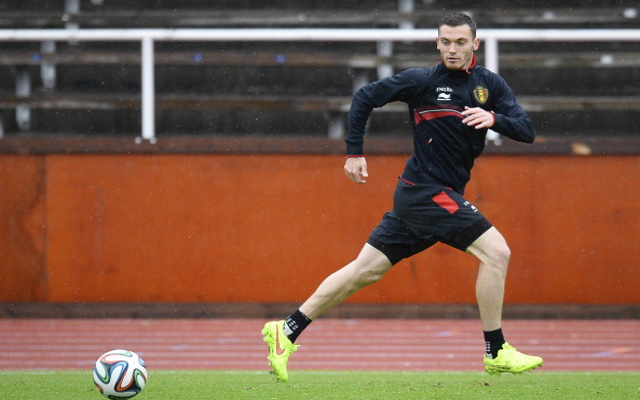 Arsenal are set to reject Manchester United’s approach for Belgian defender Thomas Vermaelen and may now decide to hand him a new deal to keep him at the Emirates Stadium, according to the Daily Mirror.

However, new United boss Louis Van Gaal may decide to make a return for the 28-year-old, but he will have to act fast as Arsene Wenger is preparing to offer him a contract extension as he does not want the player to leave.

Vermaelen has just one year left on his current deal in north London, and had been thought to be open to an exit this summer after spending much of the previous campaign on the bench.

It is also believed that United’s offer for the player comes nowhere near to where Wenger values the player and will not even entertain the thought to letting him go until LVG reaches the same number.

Wenger is thought to be reluctant to sell another player to United following the furore that Robin Van Persie’s transfer to Old Trafford caused two years ago.

Napoli have been interested in Vermaelen in the past but United have already sounded out his representatives about a move to Old Trafford.