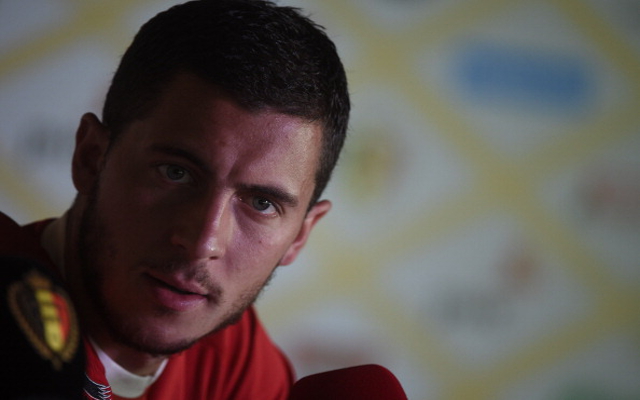 Barcelona are seemingly very keen on signing Liverpool star Luis Suarez but have set their sights on possible alternatives to the Uruguayan and are confident that they can lure Chelsea’s Eden Hazard to the Nou Camp if they fail to land their first choice target according to El Mundo Deportivo.

This source claims that should Barcelona come calling then the Stamford Bride side would be unable to retain the services of Belgian youngster Hazard, which is a fairly optimistic claim.

The 23 year old arrived at the west London club in June 2012 and after a solid first campaign under Rafa Benitez the former Lille man further impressed in 2013/14, finishing the season as the Blues leading goal-scorer and chief assist-maker.

However the pint sized playmaker did have something of a falling out with Jose Mourinho towards the end of the season after he questioned the club’s tactics following their exit at the hands of Atletico Madrid in the Champions League semi-finals.

This may be a factor Barcelona look to take advantage of and Hazard may prove a more effective attacking addition to the likes of Pedro or Alexis Sanchez.

Hazard has scored 30 goals in 111 appearances for Chelsea since his £32m move to Stamford Bridge.