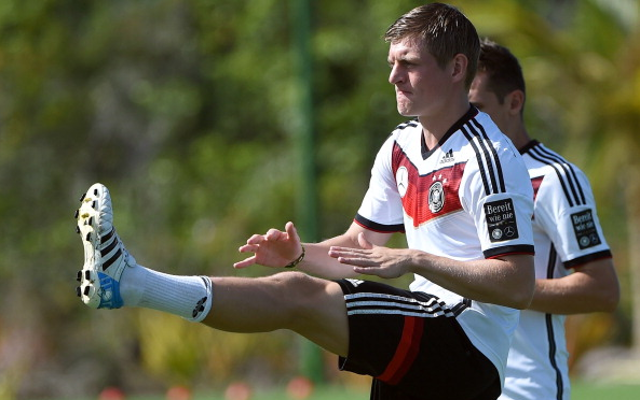 Spanish giants Barcelona have reportedly made an official approach for Bayern Munich forward Toni Kroos and hope to snatch him from under Manchester United’s nose, according to German magazine Kicker.

Speculation has been surrounding the Bayern forward’s future for months now as stories linking him with a move away from the Alianz Arena continue to persist.

Manchester United have been heavily linked with his signature, but in recent weeks Barcelona have also been interested in snapping him up, and reports in Germany have suggested that the Spaniards have made the first move.

Kicker today claim that “Kroos is the absolute number one on the shopping list of future Manchester United coach Louis van Gaal.”

However, Barca have moved ahead in the race to snap him up as they will be able to offer him European football next term – something that the Red Devils will be lacking.

There is no fee mooted in the Kicker article, but it is believed that the finer details will be ironed out once Kroos’ obligations at the World Cup come to an end in the coming weeks.