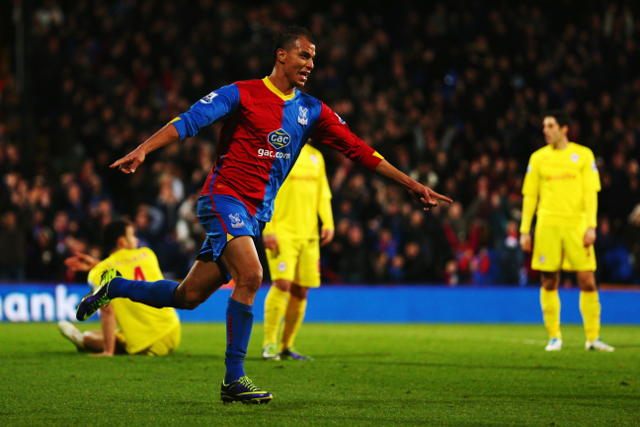 Ex Gunner wants to stay in England, but his best offer is from France right now.

Bordeaux have made an approach to re-sign former Arsenal forward Marouane Chamakh, according to Le Parisien.

The Morocco international was on Bordeaux’s books for 10 years before he joined the Gunners in 2010.

He left Arsenal last summer and, after spending a season playing for Crystal Palace, he is again a free agent.

Bordeaux have contacted Chamakh’s advisors and put forward a proposal, but the 30-year-old is said to be holding out for another Premier League offer.

He spent the second half of the 2012-13 season on loan at West Ham United, but he failed to find the net in three league outings for the Hammers.

Chamakh completed 25 successful dribbles for Palace and made 667 accurate passes. He won 159 aerial duals and secured 55 free-kicks for the Eagles.

In 63 senior internationals for Morocco, Chamakh has found the net 17 times.

Chamakh pledged his international allegiance to Morocco in 2003, after representing France – the country of his birth – at Under-19 level.