It has been a disappointing 2014 World Cup campaign for England in which the nation have been knocked out at the group stage for the first time since 1958.

However, unlike in previous years the hysteria that surrounds the country’s exit has not accompanied their failure and instead there is a calm understanding that manager Roy Hodgson is still the right man and progress will be slow.

Despite that, with Euro 2016 the Three Lions’ next chance to impress on the international stage Hodgson will be looking towards how he can improve his squad and who could be axed in favour of emerging talent.

So here are five exits we expect to be dropped from the current squad and five to be brought in to replace them. 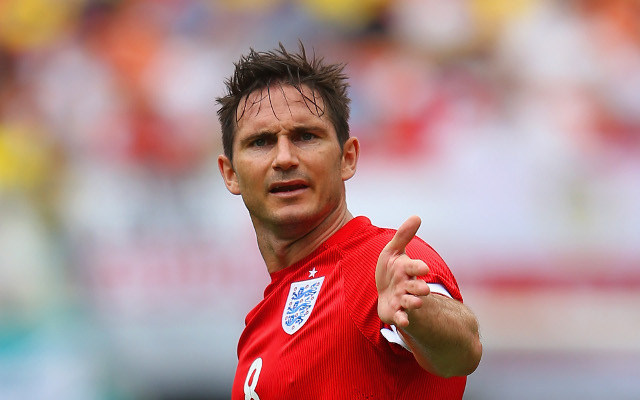 Little surprise here, as having turned 36-years-old whilst away with the national team in Brazil this was always likely to be Lampard’s swansong and the Chelsea veteran will wear the captain’s armband in what his likely to be his last ever appearance for the English against Costa Rica.