Wholesale Clearance UK are attempting to shift 2,000 brilliantly mistaken items this week after a printing error saw US President Barack Obama take the place of Chis Smalling in the England national team.

An unnamed company in Dorset were tasked with producing memorabilia for the tournament using the images off all 23 of the squads players, and passed the items through to Wholesale UK for proofing before being sold.

And when the mugs were eagerly unpacked and pulled out for closer inspection, it turned out that the Manchester United defender’s cup had Obama’s head on it instead.

But despite the blunder fans can get their hands on the mug for just £1.00. 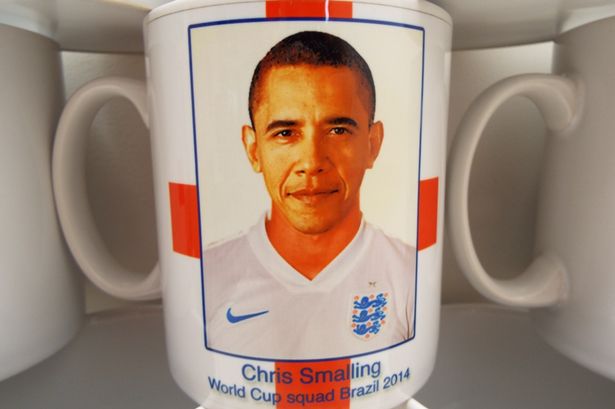